The history of the Van Ingen family and the taxidermy works in Mysore, South India

The Taxidermy firm of Van-Ingen was set up around 1890 in Mysore by Eugene Melville van Ingen in Mysore, south India

Eugene married Patti Wheal in 1901 who was the daughter of an Irish horse trainer.

In 1912 they started construction of the taxidermy factory and had established a successful business preparing items for Maharaja,s and hunters of big game.

Jourbert & de Wet carried the business forward after the death of their father in 1928, the business florished into one of the largest taxidermy works in the world.

They prepared trophies for English Royality, Maharaja,s High ranking goverment officials and Military personel, and created some of the best pieces of taxidermy the world had ever seen, much of which is still around today. 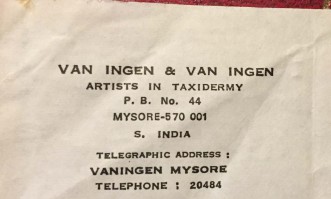 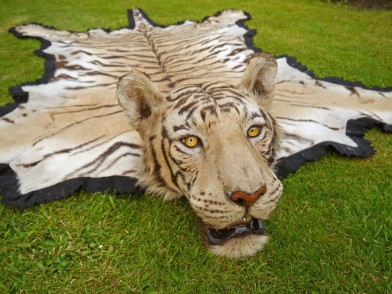 This beautiful tiger was shot by Brigadier Carpendale in September 1942

Carpendale took the 28th Indian Infantry brigade into Malaya in 1941.

It was not a success but Carpendale escaped with his life and returned to India. 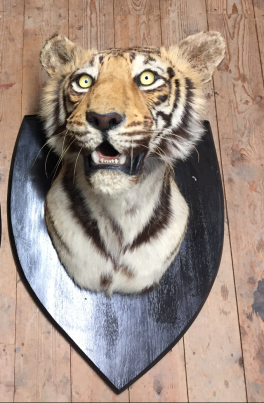 The Van Ingen taxidermy works were amazingly busy during the first half of the 20th century and would receive 400 - 600 tigers a year to process into trophie mounts.

As conservation grew in the 50,s & 60,s and big game hunting was banned by the Indian goverment in 1969 the work did decline but the factory didn't shut until 1999 - surviving on zoo animals and legally sourced pieces to prepare.

Recommend this page
All images and text are copyright of The Taxidermy Emporium ltd.
Login