We are the leading dealer in the UK buying, selling & restoring antique big cat skins & heads such as tiger, leopard, lion & jaguar - all of which have been checked to make sure they comply with the UK,s strict cites laws on this subject.

We can supply all relevant documention on Van-Ingen skins & head mounts if they have the serial number on them.

We also supply historical provenance from previous owners of these beautiful skins, eg - who shot the animal where, when & why ( possibly killing cattle or man-eater )

Please be aware that the majority of my items are antiques and were collected many many years ago - we cannot change the fact that animals were killed for sport, and i would hate to see this happen today - But we cannot change history and because of this, these items should be looked after for future generations to see and remind us not to kill endangered animals in the future.

We are always looking for new ( antique items ) stock for our own collection or to trade on - If you have any skins or trophy that you would consider selling drop me a line via our "contact" page. 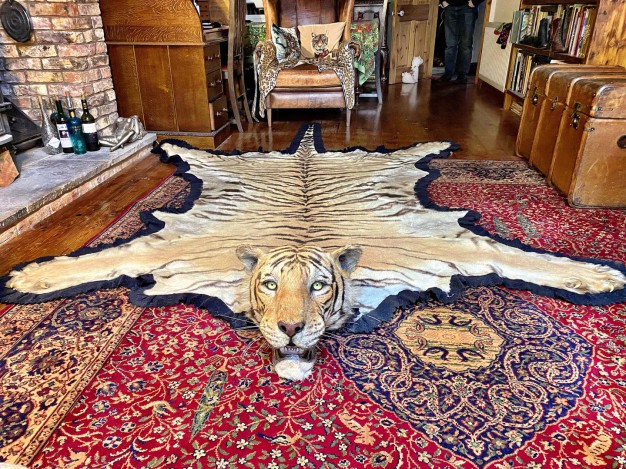 Tiger skin by the artist in taxidermy - Van-Ingen of Mysore, India

We obtain any relevant licences, re-export permits, import permits,should the specimen require it.

We will also advise / help with obtaining the correct licences should you wish to sell an item.

We have been a member of The Guild of Taxidermists for over 20 years. 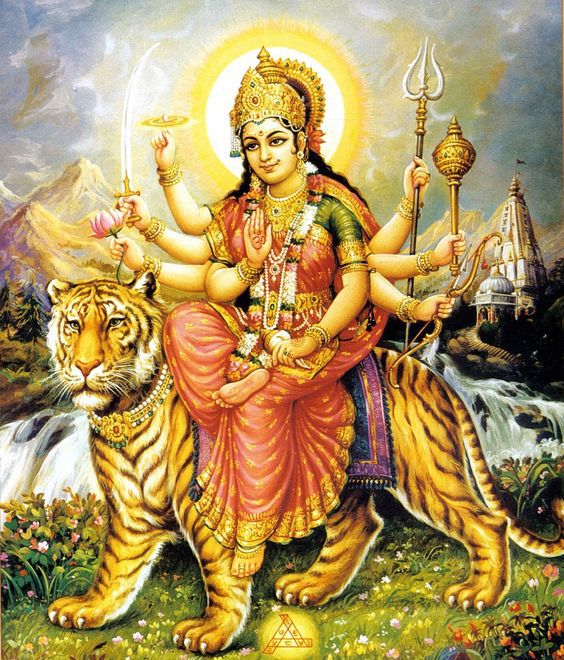 Indian Mythology - The tiger is the vehicle of, and sacred to,the Hindu goddess - Durga

From a certain perspective she is India,s mother nature, for she is the deification of Energy.

Her consort Shiva, sometimes evoked as Shambo, wears a tiger skin to indicate that he is beyond the bounds of the natural world. 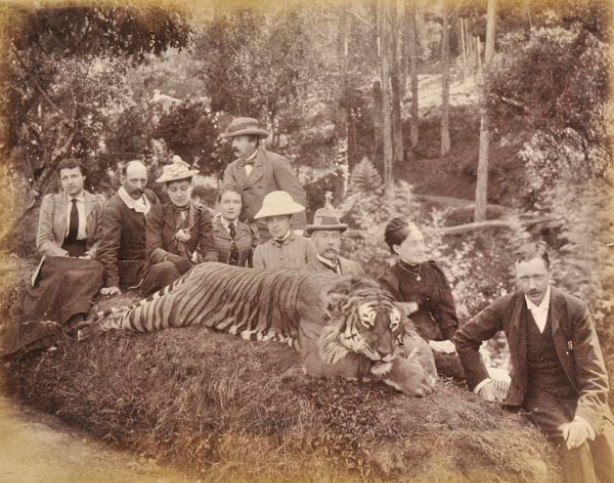 Most of my antique specimens of taxidermy came from an era when big game hunting was a popular past time - our views have now changed , thank goodness ! We now strive to protect our precious wildlife in this over populated world.

I do feel however that the trophy heads, skins and full mounts from the Victorian & Edwardian era should be treated with great care as an antique painting is - the artists who created these amazing rugs & trophy heads were indeed great artists in there own right and their work should be credited as such.

All new items of taxidermy are ethically sourced and nothing is killed for the purpose of taxidermy, most birds are road traffic victims or captive bred birds ( died of natural death ) - larger species such as Zebra & Giraffe are by-products of the legal meat trade in Africa and are fully treated & licensed before being sent to the U.K.

We are keen supporters of the WWF and all other organisations associated with the protection of endangered wildlife.

I donate a percentage from some of my sales to help these organisations. 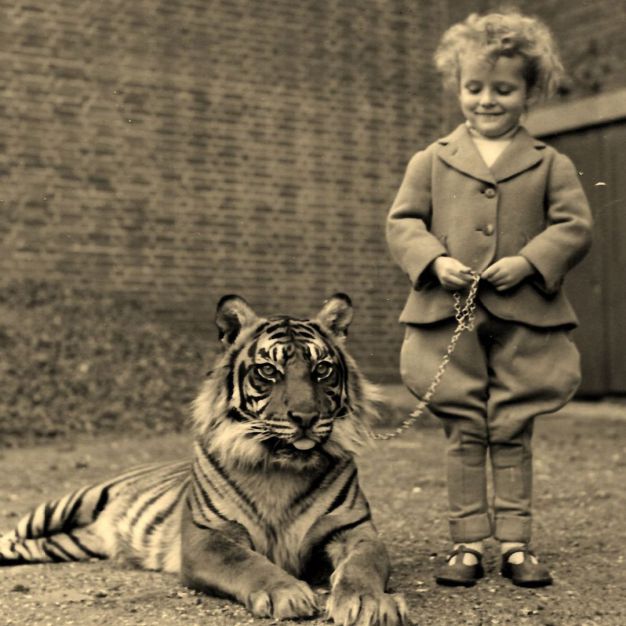 Tiger hunting was a way of life a couple of centries ago, as populations increased and villages spread into tiger terrority, Around 1900 there was estimated to be around 100,000 tigers in India, hunting them became very fasionable as the British Empire spread and was popular with India's nobility, high ranking British officers and even Royality joined in with the sport. 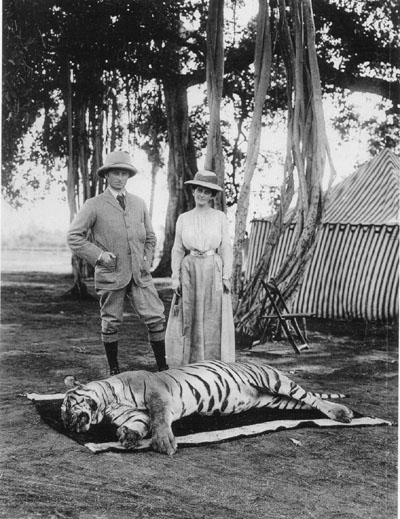 Obviously tiger & leopard numbers declined very rapidly over the last century , not just from hunting but from habitat loss - there are now approx 3000 - 4000 tigers in the wild.

Hopefully my restoration of these big cat skins will keep them in good order for future generations to admire , and if an antique skin can be purchased it might prevent another tiger from being poached from the wild .

Recommend this page
All images and text are copyright of The Taxidermy Emporium ltd.
Login